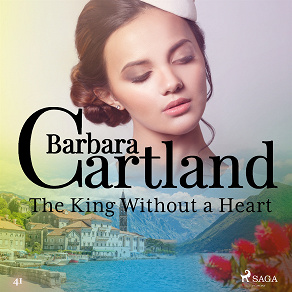 The King Without a Heart (Barbara Cartland's Pink Collection 41)

by Barbara Cartland
When Lord Rupert Brooke and his wife are killed in an accident, their only child, Titania, was forced to live with her uncle, the Duke of Starbrooke, who had never approved of her father’s marriage and did not consider her grand enough to be a member of the Starbrooke family.

Titania is forced to serve her cousin Sophie as no more than a lady’s maid and when she marries Prince Frederick of Velidos, a small country in the Balkans, Titania is taken with her to pander to her every whim. One morning in Velidos, the king, who is the half-brother of Prince Frederick, finds Titania in tears and does his best to comfort her. Secretly she begins riding with the King early in the morning before her cousin is awake and discovers that he prides himself on having no heart.

As she gains the king's confidence, their friendship grows and Titiana wonders if Velidos is not so bad a place to live. However, she is put under pressure when she is caught up in a plot to assassinate the king. Will she save him in time, will she finally confess her true feelings, will she find happiness at last?


In her lifetime, British author Barbara Cartland wrote over 700 novels and was most famous for her contemporary and historical romances.
A prominent figure in London society, the young Cartland began her writing career as a gossip columnist for the Daily Express. It was partying in 1920's London that gave her inspiration for her first book, 'Jigsaw', a racy society thriller.
After marrying into the McCorquodale family, she began writing romance and holds a Guinness World Record for the most number of books published in one year: 191. Her books have been translated into many different languages, as well as adapted for stage and screen. She is beloved the world over and even counts the young Princess Diana as one of her many fans.
Listen to sample
Log in to borrow