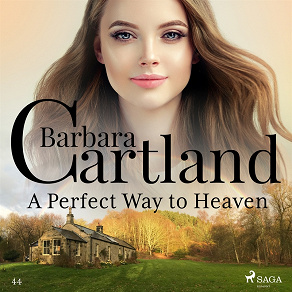 A Perfect Way to Heaven

Elvina Carrisford, has known little love and affection in her life. She is invited to be a companion to her cousin Delphine, who is to be engaged to the nephew of a French Prince. En route to her new home she meets an enigmatic and handsome stranger, who rescues her from a wild blizzard and takes her to a nearby cottage. Here she and Serge, the stranger, sit out the storm. He turns out to be the valet to an aristocratic traveller. Their short time together seems enchanted, but when Elvina bids Serge farewell, she is convinced she will never see him again. On arriving at her destination Elvina learns that Delphine‘s fiancé has inherited his uncle‘s title and when the new Prince finally arrives she is shocked to find that his valet is none other than Serge. At once she has eyes only for the Prince. In her lonely longing for what she believes she can never have, she fails to detect the noble heart that beats for her and her alone.

It is Elvina‘s destiny to discover that people are never what they seem when it comes to love and all is revealed in this exciting romance by BARBARA CARTLAND.