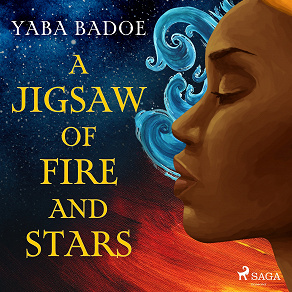 A Jigsaw of Fire and Stars

by Yaba Badoe
Sante was a baby when she was washed ashore in a sea-chest laden with treasure. It seems she is the sole survivor of the tragic sinking of a ship carrying migrants and refugees. Her people.

Fourteen years on she's a member of Mama Rose's unique and dazzling circus. But, from their watery grave, the unquiet dead are calling Sante to avenge them:

A bamboo flute. A golden bangle. A ripening mango which must not fall... are these the missing pieces of the jigsaw which will reveal Sante's story?

Written by an award-winning Ghanaian-British filmmaker, shortlisted for the Branford Boase award 2018 and nominated for the 2018 Carnegie Medal.


'An ambitious, impressive and skilful blend of modernity, mystery and myth' -- Nicolette Jones, The Sunday Times, Children's Book of the Week

'A blend of magical realism and brutality, this is a powerful and original novel' -- Sally Morris, Daily Mail

A rich powerful novel, fusing the horror of people-trafficking with the magic of African folklore' ? The Bookseller

Yaba Badoe is an award-winning Ghanaian-British documentary filmmaker and writer. A graduate of King's College Cambridge, she was a civil servant in Ghana before becoming a general trainee with the BBC. Her short stories have been published in 'Critical Quarterly', 'African Love Stories' and 'New Daughters of Africa'. She enjoys writing stories that reveal the magical layers of everyday life and show that no matter where we live in the world we're all connected. She has a passion for Gothic horror and psychological thrillers
Listen to sample
Log in to borrow